I know, I know.  Most teachers have their eyes on winter break.  I truly understand that having been the same way for thirty-eight years. But let’s talk a moment about how to turn your theater department fundraising into a high performing machine.

Never the less, the second semester is right around the corner for most U.S. schools.  Second semester means many things including  teachers looking at their funds for their classes and cringing a little. Generally, if you are a part of a department (say Language Arts and Reading) you don’t have to worry so much about where the funds will come from.

It’s not the same for the theater department– theater programs always need money.

I’ve been very fortunate and never had to raise money for my productions.  Usually, ticket sales would get me through the next school year.  Before I retired, my last teaching position was for the Apex Home Enrichment School in Longmont, CO.  My principal was gifted at working out a budget for each of my productions.  I directed four at once for four different schools and buildings.  Yes, it was crazy but at least I never had to worry about money.

All too often I hear theatre teachers lamenting a need for money.  The average Joe has no idea how expensive a musical or play can be.

It’s a real burden having to raise funds as well as produce a production. Let’s not forget this person teaches as well.

Generally, most of the budget goes to royalties for the musicals.  Royalties are based on the number of seats in the theater, average ticket price and number of shows which are planned.

If you’d like more information on all of the critical steps to directing a production check out Critical Steps in Selecting a Play or Musical: Budget & Royalties

Here are some fundraising ideas to pay your production costs:

The Value of Business Sponsorships

I do have experience with small businesses sponsoring a production with a community theater, Columbia Entertainment Company.  Personally, I think this is the way to go.  I was president of CEC for several years. We had the most luck with business sponsorships. Find out more about how I feel about community theater here Are You Missing These Kind of People in Your Life?

We’d send letters to area business which we frequented and ask for either a donation or a sponsorship.  If the business sponsored a show, we’d give them particular perks–name of business in all our advertising, a small social on opening night for them to meet the cast and crew, acknowledge the business at each performance, include their business flyer in our program and special seating for opening night.

Business sponsorship worked very well for us!  Their donations off set expenses such as royalties, rental of additional sound or lighting equipment, free seating for underprivileged students, etc.

The business people loved seeing the show at either the last dress rehearsal or opening night.  If they attended opening night, they were always enthusiastic because they saw the production first.  If they attended a dress rehearsal, they enjoyed listening to the director give notes, fix light and sound cues and what have you.  They came away with an appreciation of theatre which you just can’t get by simply attending a show. Need some lists to organize your opening? Want to learn the secrets of a retired teacher who successfully engaged her students for thirty eight years? Go here.

If you are leaning toward sponsorships, I’d suggest you:

For extra incentive, you could offer your students a gift card to a store of their choice for a nominal amount plus publicize them in the production’s program as the stop seller. 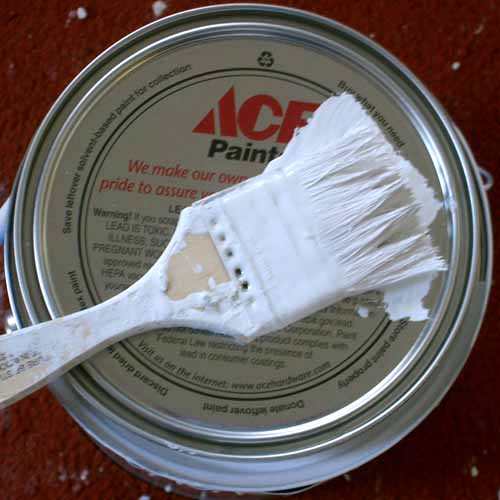 When I was president of CEC, my vice president was gifted at raising money.  He had the most luck with in-kind contributions.  I remember one season he raised $5,000 in in-kind contributions from local radio and television stations, hardware stores, lumber companies, grocery stores, photocopy businesses, etc. That was back in the 1990s. That’s equal to $11,000 presently.  In return, we’d give them complimentary tickets to a production or perhaps a whole season depending upon how much they donated.

What Does Fund Raising Teach Students?

When I was writing this post, I found a great website, Apexleadershipco.com who teaches, administrators, teachers and students how to successfully administrate a Fun Run for their school.

“Fundraising gives children a real time example of how working hard and earning/saving money can result in a big payoff — such as how the funds can benefit the school as a whole and every student.”

The skill of working hard for its own reward is something difficult to teach, but when experienced everyone grow from it.  Teaching a theatre club, for instance, how to raise money gives them a sense of self unequalled to most other activities they can enjoy at the theater.

“Working together to accomplish a single goal is one of the greatest lessons that children can be taught at a young age — and a valuable asset to have as they navigate life. From group projects in school to working as a team in a corporate business environment, team work comes down to the fine art of people skills.”

They say that most people are fired from their job not because they didn’t do a good job, but because they could not work well with others.  Life is all about working and cooperating with others.  Fundraising for a production hones a student’s patience and understanding of others by working with businesses, classmates and their teacher.

This may sound unlikely, but I assure you that professional theaters do the same thing.  During the height of Covid, many theaters closed because they just didn’t have the funds to keep running.  And when the theaters closed, of course the entire staff, cast and crew were out of work. Several theater philanthropical organizations stepped up to help.

Here are a few:

Be an #Arts Hero

I want you to be of be hopeful if you think you can’t afford that expensive drop you need to rent for your production, because you can.  There are ways to pay for it which you may not have considered.

I hope this helps.

Comment with a fund raising idea you’ve used which brought in funds for your program.  You know we’d all love to know it.