how to become a stage manager

Stage Managers: You Can’t See Them, But Couldn’t See A Show Without Them

On Sunday night the spotlight will be on Broadway stars at the 71st annual Tony Awards. The evening also includes honors for some people behind the scenes — writers, directors and designers, for example — but there are many more, working backstage, who aren’t eligible for Broadway’s highest honor.

If you peek into the wings at a Broadway show, you’re likely to find a stage manager, sitting at a desk with video monitors and lots of buttons and switches. He or she will be wearing a headset — sometimes called “the God mic” — to communicate with the cast and crew.

“I like to think of a stage manager as the chief operations officer of the corporation that is the show,” says Ira Mont, stage manager of Cats.

Donald Fried, stage manager of the Tony-nominated play, Sweat, says stage managers are kind of “the Captain of the Enterprise.”

“I would call us the hub of the wheel,” says Karyn Meek, production stage manager for the Tony-nominated musical Natasha, Pierre & The Great Comet of 1812. “We are … in charge of communication across all departments. … During the show, we are in charge of making sure the lights happen, the set moves, sound happens, all the things … we are the person who’s controlling all of that.” 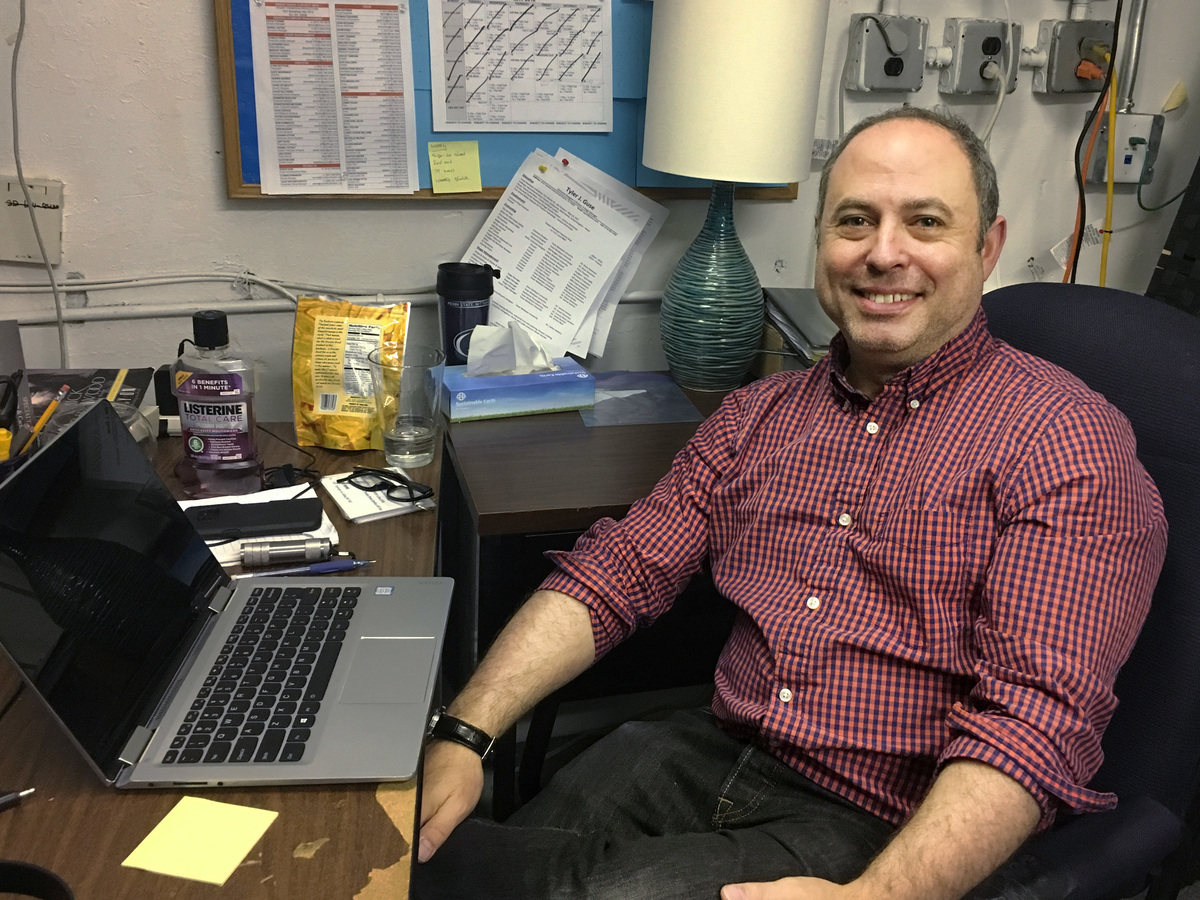 Donald Fried was formerly a dancer, and is now stage managing the Tony-nominated play, Sweat.

Long before a show starts its run, the stage manager is an integral part of the rehearsal process, explains Fried. “Everything begins and ends with the script,” he says. “I’ve got to read the script, read it several times. Once, just to read it as a person, not as a stage manager or an artist or anything. Just to have an initial emotional feeling for it. Then, I go back and read [the writer’s] stage directions, so that I know what would happen light-wise, how she envisions the props, how she envisions the set moving, people entering and exiting, whether or not they’re changing costumes.”

Once a show is up and running, Meek says stage managers and their teams put in long hours. Her day begins at 9:30 a.m. with cast members telling her whether they’d be in or out of that day’s shows, due to injuries or illness. Depending on the day, she’ll arrive at the theater around 12:30 for a matinee or rehearsal. There’s a dinner break around 5:00 or 5:30, and then everyone’s back at the theater for the evening show.

While Broadway Sings Its Praise, The Wigmaker Remains Unsung

Shows that feature complicated choreography or simulated fight scenes require daily rehearsals. Sweat manager Donald Fried says they do a fight rehearsal before every show. “We want to make sure everyone is safe and limber, and that the props are working,” he explains.

In the half hour before each performance, the stage manager walks through a beehive of activity, making sure everyone’s ready for curtain.

Meek climbs a ladder to her perch, high above stage left at Great Comet. Actors perform throughout the theater and Meek can keep an eye on them all. Once the show starts, she follows a musical score, with sticky notes showing all of the lighting and tech cues.

Karyn Meek, production stage manager for the Tony-nominated musical Natasha, Pierre & The Great Comet of 1812, describes stage managers as “the hub of the wheel.” Jeff Lunden for NPR hide caption 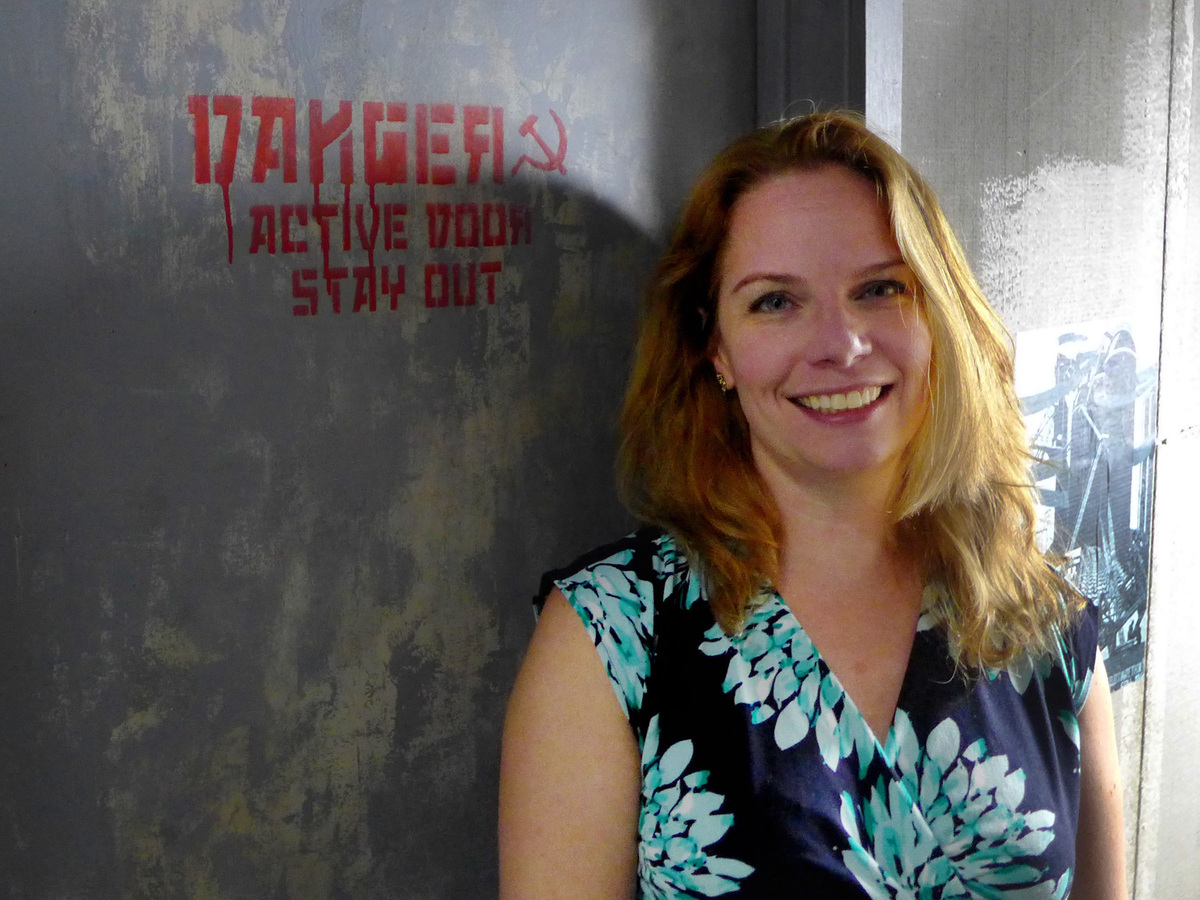 Karyn Meek, production stage manager for the Tony-nominated musical Natasha, Pierre & The Great Comet of 1812, describes stage managers as “the hub of the wheel.”

Through one of her video monitors, she can see Josh Groban, who plays Pierre, standing at the back of the stage. By the time the opening number really gets going, Meek is calling cues to the lighting technician every other beat. She literally calls hundreds of sound and tech cues for each performance.

All the stage managers I spoke with started out doing other things — Meek was a costume designer, Fried was a dancer. As a former actor, Cats manager Ira Mont was used to getting applause — but not anymore.

“I don’t expect or look for praise or acknowledgement,” he says. “I am here to support the shows I work on and the actors who do them and that’s what gives me the joy. And I’m very fortunate to have had a 30-year career in a profession that is not easy to get into and is not easy to stay in. I’m a lucky guy.”

Behind The Stars, The Sets That Help Them Shine

He’s got lucky co-workers, too. Even as Mont juggles countless cues that go into a Broadway performance of Cats, over the headset he reminds the cast and crew of one more detail: to gather for a cast member’s birthday toast at the end of the show.

The backstage lifesaver is the stage manager.  Make no mistake about that!