The Reasons We Need Girls to Be Heroes in Stories

My husband and I watched Mulan last night.  Wow!  I especially enjoyed the terrific plot twists in the film. And those costumes!

So, to the Disney production company —

in this day and age, especially during March the designated Women’s History Month, it only seems appropriate to celebrate women who have been heroes.

Everywhere around us (at least at present), there are little video snippets about women in history. This is terrific.

I believe what we need now more than ever is more stories like Mulan. The reasons we need girls to be heroes in stories is because it is difficult for them to relate to a male’s story.  Our young daughters and nieces need role models near their age even if they are imaginary. Although I think we are more aware of the pressure put on our young women, it has not faded away.

Trust me, it’s very easy for our girls to get lost in social media and social pressure to conform.  What kind of messages are they hearing–one is to have beautiful  long luxurious hair.  What about young girls climbing a mountain and covered in bumps and bruises?  We don’t see those so much, but we want our daughters to not only have choices but good ones which will benefit their lives not just their face.

Of course, girls need to learn about women who have made scientific discoveries, blazed frontiers, etc.  They are inspiring to study, however when you are young it is difficult to admire someone as old as your grandmother or auntie. We need more stories whether fiction or nonfiction about young women or girls.

There are many folk tales with girls as the heroine. I’d begin with a folk tale such as Swamp Angel.  Swamp Angel is a tall tale about a girl  (who got her name from saving passengers of a wagon train that “got mired in Dejection Swamp”) who competes against the Tennessee men in trying to kill Thundering Tarnation, a huge bear who ate all of the settlers’ food. It’s funny and worth dramatizing.

Or how about Molly Whuppie?  Molly is a female trickster, an underdog who outsmarts her adversary, the giant. She saves her two sisters who she protects from the giant.  The English folk tale describes how she feels  the sad abandonment by her parents and becomes resilient, willing to take on and complete the three quests set by the king.

For example, this is Mary Anderson, a rising star in the British theater.  No one has heard much about her, yet her story is fascinating and rather tradgic as well. 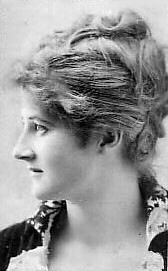 Young Women in the Arts

Another route would be to make films about young women doing amazing things such as Amanda Gorman, the poet laureate, is more of what we need. As most of us are aware, Amanda took the world by storm with her poem for the presidential inauguration of Joe Biden.

Who else is there?  Oh, my gosh—plenty!

I have to admit it has been tough to find women under the age of thirty years who are being celebrated like Amanda.  I know they are out there, however.

Upon researching this blog post, I found the Young Arts Foundation.  I’m embarassed to say I’ve never heard of it.

Their mission: National Young Arts Foundation  identifies the most accomplished young artists in the visual, literary and performing arts, and provides them with creative and professional development opportunities throughout their careers.

I was pleased to see Viola Davis and Camille A. Brown are alumni of the program.  Here is a blog post about studying theater artists (Viola and Camille are included) which might come in handy for you:  Should Students Read Biographies?

The National Young Arts Foundation has an entire program whose express purpose is nurturing young artists.

Now this is what I’m talking about!

The Reasons We Need Girls to Be Heroes in Stories  is because our girls need our support however we can provide it.

As a teacher I was always on the lookout for young women who demonstrated talent in the arts.  Now that I’m retired, I miss the opportunities to nurture their talents.

I can nurture young girls in the arts, however.

In the meantime, I’d love to share with you about them.

Li Chi Slays the Serpent appears like many folk tales of a different time, namely several thousand years ago.  What I especially enjoy about it is the fearless heroine.  Li Chi takes it upon herself to kill the serpent who descends upon her village every few years to snatch up a young girl to devour.  She disobeys her parents after they inform her she is not permitted to go fight the serpent and sneaks out to the mountains where the serpent lives.  Using her wits and expert planning, she lures the serpent out with food and ultimately kills him.

The Little Girl and the Winter Whirlwind is a folk tale from Bulgaria which features a female as the hero.  (Oh, I know there is a female version of heroine, but I’m kinda partial to “hero.”)

The story reminds me a bit of Li Chi. A wicked Winter Witch decides to stop Spring from coming on time and make Winter the only season on Earth. She hides the Sun behind dark clouds and covered the Earth with heavy snow.

One morning the people from a small mountain village woke up and found their houses burried under the snow up to the roofs. They started digging tunnels from their own to the neighboring houses, and gathered in small groups to decide what they could do.

They finally decided that the best thing to do is to send someone on the highest mountain peak, where the good wizard Father Frost lived in his palace of ice and ask him for help. The Little Girl volunteers to go because she has very little to hold her back.  She believes her warm heart and love for everyone will melt the snow and bring spring.  It’s another dramatic story worth telling and performing.

The Magic Lake is an Inca legend about a little girl (hmmmm, seems to be a theme here) who leaves her home to travel to the Magic Lake to bring back magical water for the prince who is sick and dying.  On her journey, she travels with her trusted llama and two maccaw birds who protect her.  She outwits a giant rattlesnake, a huge red scorpion and swarm of ferocious army ants and finds the magic water just in time.  Exciting?  You bet.

If you’d like more information about this and other stories with girls as the hero, check out my store  Dramamommaspeaks

What stories do you appreciate?  I’d love to hear about them.  Contact me at DhcBaldwin@gmail.com or DeborahBaldwin.net