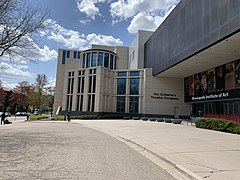 Have you heard of Plays for New Audiences? No? They are terrific.  Here are the seven reasons I recommend plays for new audiences scripts.

Plays for New Audiences is a division of Children’s Theatre Company. (Pictured above) Minneapolis, Minnesota. PNA offers contemporary works that are topical, relevant, and even fantastical. In addition, PNA offers many reimagined classics that are stage-ready for your next production.

The Children’s Theatre Company (formerly known as The Moppet Players from 1961 to 1965) is a regional theater established in 1965, specializing in plays for families, young audiences and the very young.

You really must check out this website!  Plays for New Audiences

I ran on to the Childrens Theatre Company many years ago and picked up a few scripts for the youth theater I was administrating. Friends, these scripts are fabulous.

Plays for High School of Middle School Students to Perform

At least once a week, I read of teachers desperate to find a script to produce with their students.  Either they need one for their class to produce, or are looking for a play to use to travel and perform for their elementary or middle schools. (Next school year would be a fantastic time to do this with your students since the pandemic will have subsided and everyone should be back in school full swing.)

Here are a few I suggest, but friends there are many of which to choose.  Do give this website an afternoon to peruse.

Reason #1: Some are adapted from celebrated authors.

The script is forty-five pages with roles for five actors with a running time of seventy-five minutes and recommended for ages six and up.

Another script which looks sensational is Akeelah and the Bee.  Akeelah and the Bee tells the story of a girl with a crazy passion for words: the more abstruse and labyrinthine, the better. But this gift is almost overwhelmed by the challenge of her daily life in a tough, Chicago neighborhood. Akeelah’s aptitude earns her a spot in the National Spelling Bee, which inspires the people in her neighborhood with her courage and tenacity. (You may be familiar with this title as there was a movie of it first.)

The script is 104 pages with roles for seven males and seven females.  It runs two hours and is suitable for ages eight and up.

If you are looking for something concerning the Jewish culture, I’d check out The Adventures of Motel. The Adventures of Motel is a story of adventure and misadventure set in Russia in the year 1905. A Jewish boy named Mottel meets the trials of living under rule of a cruel Czar with wit and good cheer. Mottel has many adventures, from causing the whole town to sneeze, dying the river (and in effect all the laundry) blue, and eventually travelling to America. We are able to experience what life was like for Jews in Russia at this tine while being entertained by the mishaps of a young boy.

The script is fifty-eight pages in length, runs two hours and has a cast of thirteen male and eleven female.  It is suitable for ages eleven and up.

Reason #4: Many are multicultural.  Quite a few are adaptations from folk or fairy tales.

The Monkey King is a fabulous folk tale from China. I’d take a look at it if you have a large class or auditioning pool.

The Monkey King play concerns a Heavenly Palace, the Jade Emperor and the Jade Empress are holding a feast. Suddenly a monkey hatches from a rock and declares himself King, shaking the very foundations of heaven and earth. He even travels to the underworld and erases his death in the Book of the Dead. The Emperor tries to capture the Monkey, but the wild animal escapes, ending up in a showdown with Buddha himself! Buddha wins and thus begins the Monkey’s earthly adventures. He accompanies a monk on a pilgrimage, along with two traveling companions, a pig, Ba-jie, and a carp, Sha-Sen, both of whom have been sent down to earth after causing trouble in the Heavenly Realm. As with every great quest story, the journey tests the character of the four travelers. To complete the mission, each must learn to recognize his weakness and understand their strengths.

Based on the book of the same name, Lizzie Bright and the Buckminster Boy is worth checking out as well.

In Lizzie Bright and the Buckminster Boy  Turner Buckminster III can’t win: he’s the new kid in town, he plays baseball differently, and he stumbles upon trouble at every step. Turner’s only friend is Lizzie Bright Griffin from Malaga Island, an impoverished community founded by former slaves. The town (and Turner’s father) disapproves of their friendship, but Turner and Lizzie remain friends regardless. When powerful forces threaten Lizzie and her kin, Turner faces the ultimate test of his character—and learns a hard-earned lesson about courage and loss.

The script is eighty-eight pages in length, runs two hours (with an intermission) and has roles for four male and seven female. It is appropriate for nine years and up.

Reason #6:  They are entertaining and fun!

Looking for a musical?  Here is one–Bunnicula!

Bunnical is about a dancing cat, a howling dog, and a vampire bunny. The perfect pet combination for any family. It’s a dark and stormy night and Chester (the family cat) and Harold (the family dog) sit waiting for their owners to return home from the movies. Chester and Harold are more than just pets, they’re good friends too. When the Monroes finally get home, they come bearing a surprise: they’ve found a bunny in the movie theater. But this is no ordinary rabbit… this is the extraordinary Bunnicula. When the family’s produce starts losing its juice, Chester thinks he knows what’s causing the fantastic phenomenon. Bunnicula is a vampire! Or maybe Chester’s imagination is getting the better of him. Singing and dancing their way through this hilarious mystery, the furry friends find room in their hearts, and in their home, for one very unique bunny.

This musical comes with musical tracks which would be very helpful if you don’t have an accompaniast.  The show runs one hour and thirty-one minutes, has roles for two female and one male and is suitable for age six and up.

Publishers with holiday themed scripts are always a plus in my book.  Prancer concerns young Jessica Riggs’ family has fallen on hard times. Still, she keeps her belief in Santa Claus and the idea that there are miracles in the world. When an injured reindeer appears in Jessica’s backyard, she believes it is Prancer. While she is nursing the creature back to health, the whole community of Three Oaks eventually learns about Prancer, causing big problems for Jessica as she tries to return the reindeer home. Based on the cherished film, Prancer, this piece uses a heartwarming story and breathtaking puppetry to bring light into your holiday season.

I did want to touch on purchasing scripts and royalties for these plays and musicals.  If you want to purchase copies for your class to read called you need a Classroom Reading license. This is a fifty dollar per semester cost. You can download and copy as many as you need. If you want to purchase, just one it is $12.00. I think it would be better to purchase a classroom reading license. At fifty dollars,  that’s a pretty good deal since the average script cost of other publishers is usually around $10.00.  I’d seriously consider doing this if I were you.

You would need to apply for a license to produce one of their plays in order to receive a royalty quote.  I was unable to secure this information for you.

I hope you’ll check out Plays for New Audiences and their scripts.  If I was still directing and teaching, I’d be on this site like butter on bread.  They are unique, imaginative and guaranteed to be engaging to your students and audience.

If you’d appreciate additional advice from a seasoned theater teacher and director, check out: