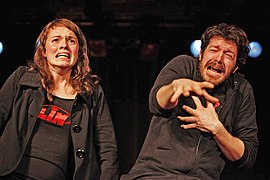 I was a child of the late 1960s and early 70s.  I didn’t study theater until I attended high school and even then, I barely got started.  My teacher never taught or used improvisation and consequently, I was sorely behind when I began my studies in college at Stephens College in Columbia, MO.

The first time my college acting teacher, Jean Muir, sat quietly in our classroom studio and said, “Today, we are going to use improvisation to study characterization.” I was a nervous wreck.  I had no idea what she meant.  Being a quick learner, though I soon loved it.

What is the history of improvisation?

I searched around on the internet and found this description on wikipedia.org:

Wow!  I had no idea of its history, did you?

What You Know About Improvisation In Theater 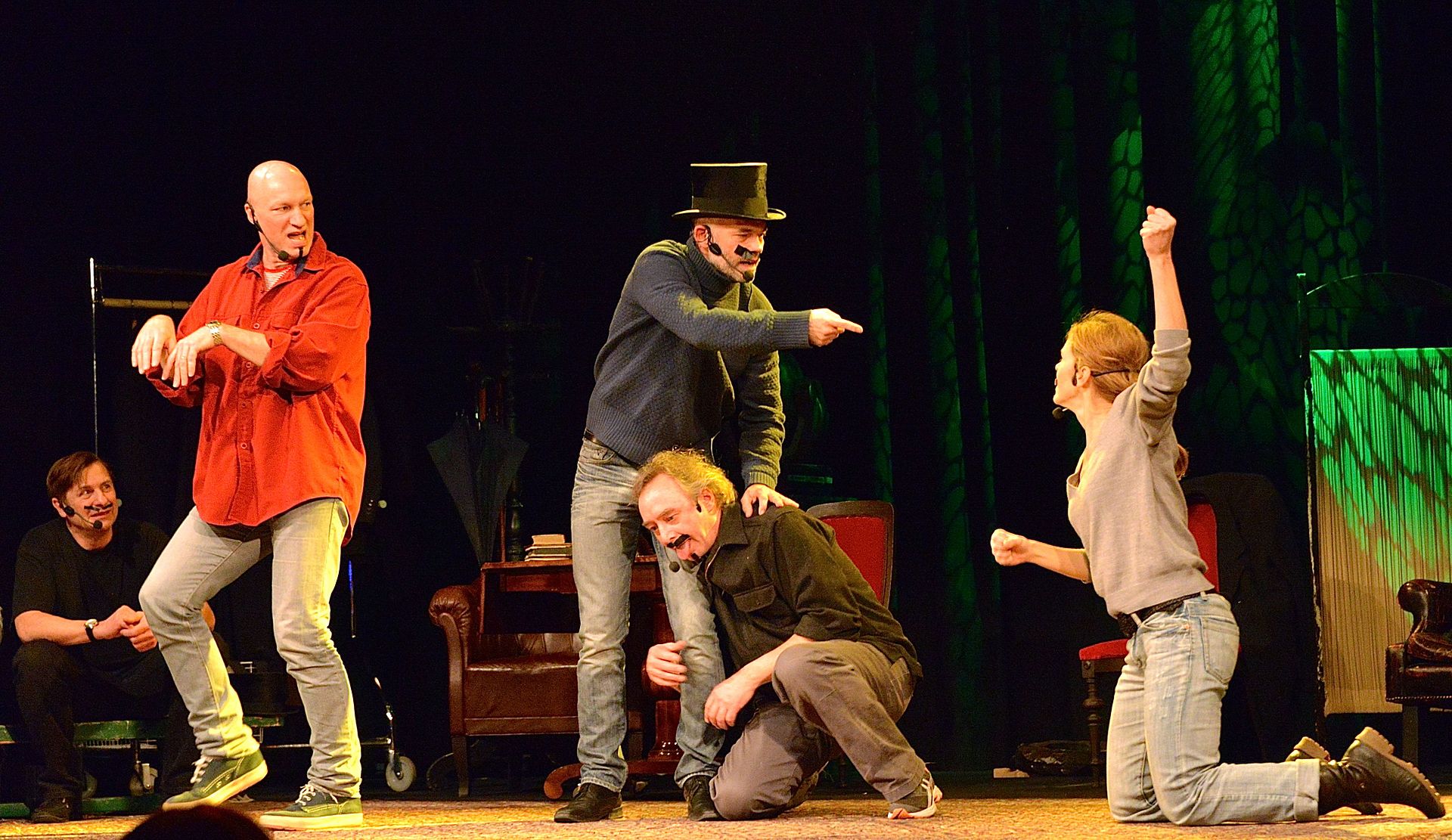 Different Ways I Use Improvisation in Rehearsal

Improvisation can be used in a variety of ways.  I’m most comfortable with using improv. to develop a character.  Spending time during a rehearsal acting as the character (though not rehearsing the production) is an excellent way to explore characterization.

When blocking large groups of students, I use improvisation to create blocking for a particular moment.  For instance, in the scene where the Cossacks rampaged the wedding in Fiddler on the Roof, I instructed students to respond as their characters to the moment.

Generally, I encourage them to say whatever came to mind for them, to exclaim, weep, etc.  In this particular situation, there were a lot of giggles, frozen stances and wide eyes from my students.  However, after several times of improv. everyone felt more comfortable with the violence.

This improv. was challenging for my home school students who were sheltered from anything violent (books, movies and television). Through trial and error, we came to an agreement about what we could demonstrate through the violence that we couldn’t with dialogue. By doing so, it gave them permission to act out their negative emotions and made for an thought- provoking moment.

Use Improvisation in Your Blocking

A fun way to use improvisation is entrances and exits of characters.  Let’s face it–sometimes it’s just difficult to exit the stage without looking like a robot. The script merely says, “exit.” My questions are always–How?  When?  Doing what? Going where? Sometimes I use improvisation as a way for a character to make an exit believable rather than looking programmed.

It has been my experience that students under the age of fifteen have a difficult time blocking a scene without my help, unless they have years of past stage experience from which to draw.  With experienced actors, I can say, “How about you move around the stage as you feel the character would and we’ll see if it works?”

The only problem I find with experienced actors is they don’t always remember what they did the last time they rehearsed the scene and this makes for problems.  Even if my stage manager writes it down, somehow my experienced actors can’t get out of the habit of changing their blocking.

Usually, I pre-block scenes for novice actors because it’s tough enough just to learn the lines much less block yourself in a play.  But I can give novice actors an opportunity to try a bit of improv. if they are so inclined.  Some students ideas are much better than mine.

One of the most popular and certainly the most centrally located improvisational company in the United States is The Second City.

Improv comedy ended up on the map thanks to The Second City. Along with launching the careers of famed comics like Tina Fey, Keegan-Michael Key, Stephen Colbert, Chris Farley, Steve Carell, and Amy Sedaris, it also offers classes to aspiring improv performers.

You’ll find improv shows seven nights a week, spread across the three available stages. It’s a genuine staple of the Chicago comedy community. Second City offers classes for all ages, workshops and the like.

I think it’s important to note that there are five different kinds of improvisation in theater.

What You DON’T Know About Improvisation

Too many times, I read of theater teachers suggesting to a new teacher that they should, “Do improvs.! They love it.” as though improvisation is a great time filler or baby sitter.  Oh please, do not do this! Long term, if you begin with improvisation students may think that theater is all fun and games, rainbows and unicorns. We know that theater is an art form, and a very important and useful one at that!

Not every new theater student feels comfortable standing in front of their peers much less saying something.  If you really want to use improvisation check out Viola Spolin’s Improvisation for the Actor or Theater Games in the Classroom.  Both books will help you immensely–give you pointers, tips and even side coaching scripts!

Improvisation should be treated like any other component of theater.  It should be studied, practiced and perfected until its commonplace for a student.  My advice is to teach your students the rules of improvisation first, then graduate to structured improv and then to devised theater. Check out my FREE storytellingimprovisation ice breaker warm up here.

How do you use improvisation in your classroom?  I’d love to hear about it.  Contact me at DhcBaldwin@gmail.com.  Let’s connect!