Look around you. We have a lot of senior citizens aptly named The Baby Boomers.

They aren’t the stereotypical kind, either.  One of my  friends swims great distances. Still another performs in her own rhythm and blues band all over the country. One lady rides a motorcycle. Still another remarkable woman travels all over the world by. her. self.  She’s  seventy-years-old. 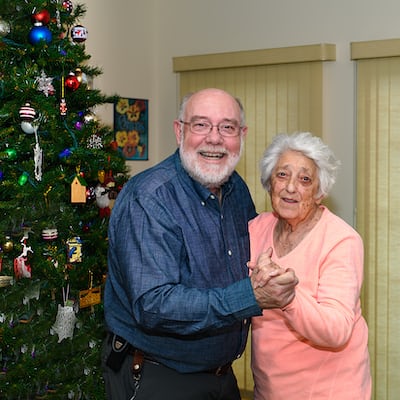 These seniors are vibrant, energetic, contributing members of their communities.

My husband, a senior himself, plays in a senior community band.  The conductor was 92 years old!  Isn’t that amazing?

There is a wonderful paradigm shift occurring right now and it’s all positive (we can use some positive vibes, right?)

Music Theater International, one of the preeminent musical theater publishing companies in the world is crafting senior versions of their musicals!

Just think of it:  you are living in a care center and bored out of your mind (that would be me…) and it is announced the center is going to produce a musical. What does that mean exactly?

If there is anyone who will be successful at this endeavor, it is MTI.  In another blog post, I rave about their junior and kids musicals.  Check it out here: MTI Junior Musicals– A Dream Come True!

To date, more than 200,000 productions have been produced of their junior musical shows reading more than 5 million children.

Research shows us our seniors with dementia respond to music, so it isn’t much of a stretch to think being part of a musical wouldn’t have the same success.

Among several other senior citizen communities, the program was road tested with the Juniper Village near State College, Pennsylvania.  The university students of assisted with rehearsals and performances.  Cast members received one on one attention from the students which alleviated the anxiety of performing.  How wonderful!

“But what Broadway Senior has really done is give these seniors renewed purpose, engaging them and their curiosity, encouraging positive risk-taking, and validation.”

So often in senior living we focus on what somebody used to do–what they did professionally, what their hobbies were, or who they were in their family.  This is something totally new that people are discovering and being celebrated for now, says Katie Kensinger, Senior Director of Communications at Juniper. We had a 9s-year-old cast member in our production of Guys and Dolls who began to sob after our first performance.  He said, ‘I’m overwhelmed that the audience would respond to me, that they really loved it.  I never knew what it was like to be an actor.’

The after effects of involvement in a theatrical production can be stunning.  Out of them spring new friendships, relationships (I met my husband while performing in a community theater production,) new avenues of expression and creativity

The Executive Director of Juniper Village said, “The focus of Juniper is to help people to live life vibrantly in their third act. Broadway Senior gives our residents a sense of pride and accomplishment, and they have renewed self-esteem, and a sense of purpose. They’re also building new friendships and are more engaged. One of our residents said, ‘I have something to talk about at the dinner table now.’”

The program has been able to reach people on a deeper level of mind, body, and spirit. For seniors, particularly those struggling with memory issues and dementia, musical theatre demonstrates therapeutic value.

“It’s definitely accessible for people with dementia,” Kensinger says. “Especially the music. Even if they can’t follow along with the script and read lines, many of these songs are ingrained in their memory. There’s an emotional connection with music that patients will respond to long after they’ve stopped responding to anything else.

Similar to the Broadway Junior version, the Senior series will feature author-approved sixty minute adaptations of popular musical theater titles as well as cater to the tastes and capabilities of senior performers and audiences.

Show-kits will include guides to address the use of walkers, canes, wheelchairs, plus the large-font scripts, and vocal books. The Senior materials also provides a piano accompaniment book for a live accompanist, who will bolster senior performers with real-time support during the performance, letting them perform at a comfortable pace, and allowing wiggle room if a line is forgotten or a musical passage needs to be repeated.

Several times in my career, I directed senior citizens.  One man in particular, age 83, is one of the finest actors I have ever known.  He was a retired professor of philosophy and discovered acting about fifteen years ago. He was truly remarkable. He took my directing notes very seriously, studied his script like a fiend and rarely dropped a line.  Ironically, his wife was unable to participate in the play because her Alzheimer’s.  Even so, she would dutifully attend rehearsal every evening with her husband.  It was a tremendous experience and she was so very proud of him.

Humans need a feeling of purpose and accomplishment.  I can see how these Senior Musicals will be just the ticket for some our seniors.

For now, I will cheer the participants. Someday, maybe I can portray Little Red Riding Hood when I am eighty- years old.  Who knows?  It could be a role written for me and I didn’t even know it.

What role would you enjoy playing which is completely out of your age range?  I’d love to hear about it.  Contact me at dhcbaldwin@gmail.com or DeborahBaldwin.net