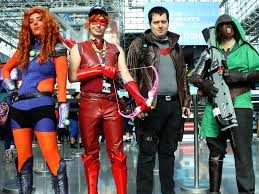 It’s one of my favorite subjects in theater.  How can you beat it?

Oh, did I say fun twice?

You know who else loves costume design?  Kids.

I think sometimes as drama teachers we think of costume design from the standpoint of a play or musical solely.

But there are so many other ways we use costumes.  Maybe like me, you haven’t thought of them either.

and probably more I haven’t even thought of yet! 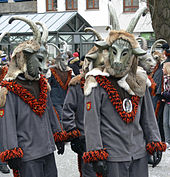 Why Should I Teach Costume Design?

Here are some reasons for you:

You may not know there are several important steps a costume designer must go through before the costume hits the stage.

1.) Analysis: The first step is an analysis of the script, musical composition, choreography, etc. Costume parameters for the show are established and a rough costume plot is created. A costume plot outlines which character is in which scene, when the actors change, and what costumes are mentioned in the script.

2.) Design Collaboration: This is a time when all of the designers meet with the director. There must be a clear understanding of where the show is headed. The designers get on the same page with the director in terms of themes for the show and what message they want the audience to get from the show.

4.) Preliminary Sketching and Color Layout: Costume designers begin by creating preliminary sketches. beginning with very quick rough sketches the designer can get a basic idea for how the show will look put together and if the rules of the world are being maintained. The Costume designer will then go into more detailed sketches and will figure out the specific costumes and colors for the character. Sketches help see the show as a whole without them having to spend too much time on them.

5.) Final Sketches: Once the Costume Designer and the Director agree on the costumes and the ideas are fully flushed out, the designer will create final sketches. These are called renderings and are usually painted with watercolors or acrylic paints. These final sketches show what the designer wants the character to look like and the colors of the costume.

Here’s a little history for you:

Costume design has a very long history. The ancient Greek playwright Aeschylus, who lived in the 5th century B.C., created specific costumes for actors to wear when performing his tragedies. In the Middle Ages & Renaissance, scenery and costumes became increasingly important elements of stage plays.

They helped capture a mood, create an exciting colorful event, and entertained audiences. But there wasn’t one cohesive idea of what costume had to be. In Shakespeare’s time, people performed in contemporary dress. In his own company, Shakespeare’s performers provided their own costumes.

In the 16th century, some traveling theatrical troops performed a style of theater called commedia dell’arte. It had costumes that represented stock characters, such as the serving girl, the doctor, and the harlequin. Everyone in the audience understood what these characters stood for by looking at their costumes.

From the 1770s through the 1870s, a desire for greater accuracy in costume design began to take hold due to an increase in stage performances and traveling theatrical troupes, and because more people had become familiar with the costumes of cultures around the world.

Into the 19th century, costume design became an increasingly specialized art,           and two main ideas filtered into it. One was historical accuracy, or capturing the sense of a time period.

The other was concept-driven, in which costumes captured a vision that might not have connections to a known historical time and place. Think about movies and television today, and you can probably name several productions that fall into either category.

Did you know the use of metaphor through costume design is super cool?  I love this part!

The Metaphor is used to assist the designer in developing a specific tone, mood, style, or feel for the play.

Metaphor is “A figure of speech in which a word … that ordinarily designates one thing is used to designate another, thus making an implicit comparison…“

For example: “All the world’s a stage,…” (William Shakespeare’s, As You Like It, Act II, scene 7). In less poetic terms — the world is a stage. (Note: A simile would add the word “like:” The world is like a stage.)

For example, after an analysis of Moliere’s The Giver, the designer may decide that Harpagon’s home, the primary set, is a gold coin. The metaphor — home is a gold coin — can suggest to the designer a color (gold), a shape (round), a texture (metallic)… How these elements are used depends on the designer’s creativity.

Think of the elements in Wizard of Oz—tornado, bicycle, ruby slippers, hour glass

How could you use these elements in the design of Dorothy’s house?

Each is a two day student-centered study of the history of costume design, including giving students an opportunity to create their own designs and much more.  If you are looking for a unit, this five day costume design unit works well with high school students.

I hope you’ll give them a look see.

I’d love to hear about your experiences with costumes.  I have a few crazy ones, like the time I decided to dress as a stalk of celery…..but I’ll keep that story for another time.

Research Says Fun is Good for Everyone

Fun is good for you, but I bet you all ready knew that.

In third grade, I dressed as a pilgrim for Halloween.

That was pretty unusual even in 1964.

My grandparents were missionaries in Japan and my mother was born and raised there.  Mom didn’t know much about Halloween and couldn’t see the fun in it very much.  (Huh?)  Consequently, Halloween wasn’t very important to her.

Her idea of a costume was to put together whatever we had.

Prior to my third grade year of school, my sister traveled with the Girl Scouts to England the summer and brought back a Pilgrim hat.

Mom took one look at me and I knew what it mean:  Voila, my  Halloween ostume.

While everyone else was purchasing their dime store costumes for Halloween, I was relegated to the pilgrim outfit.  It was always that way for me, but that’s probably why I look at things uniquely.

Recently, I got to thinking about that experience and decided it might be really fun for students to learn about costume design by designing their own costume for Halloween. I mean, when have you ever done that?

Here is the product:

This is a one or two day lesson studying costume design through Halloween characters.

This two-day lesson on costume design is focused on Halloween characters and gives the students an opportunity to be costume designers. Suitable for students in grades 5 to 9, the product is broken in to two class periods, although it could be used for a one day exploration of the subject.

What is the deal with fall?  Everyone is so crazy about it!

I was looking around on the internet and found this information on inverse.com:

“According to neuroscientist Dr. John McGann, the hype is less about turning the volume up on reality than stirring a virtuous cycle of happy memories. Our love of fall smells is less about the smells themselves and more about association. And when it comes to making memories, the scent of spiced desserts and firewood is pretty likely to override the reek of rotting pumpkin.”

I love this time of year as does my younger daughter. I lovingly call this season, “Pumpkin Everything Time.” I was just teasing her about the Starbucks Pumpkin Latte being available now.  We’re both quite excited!

I enjoy how people give in to fun while enjoying themselves from Halloween through New Years.  They decorate their houses two and three times,  go trick or treating with their kids,  overeat at Thanksgiving trying to make every dinner invitation extended to them, wear funny sweaters at Christmas and promise ridiculous resolutions for the new year.

Know what I mean?

When I decided to blog on this product, I thought it might be interesting to see how fun helps us.

I found a great article, ” Why Adults Need Playtime, Too” on Verywellmind.com

“Hobbies and fun activities can bring added joy and happiness to life, and can be a great way to relieve stress as well. In fact, many hobbyists have told me that they’d originally started learning about their area of interest as a coping mechanism for stress, and that their hobbies continue to be a great source of relaxation and stress relief. Some people are even able to turn their hobbies into careers at some point, and end up with a lifestyle where their work is their play.

Another benefit of fun is the lift in mood that it can bring. Beyond merely bringing positive feelings to your life, doing things that get you into a better mood can actually make you more resilient toward stress.  This is something that has been researched as part of psychology’s broaden-and-build theory; activities that raise our level of positive affect, or increase our good mood, can lead us to be more aware of resources in our lives that can help us to remain strong in the face of stress.

Finally, having fun with others can bring a sense of connection that strengthens relationships and builds social support.  Bonding with others while having fun is good for you, and for those close to you.  It’s more than a frivolous pursuit; it’s important for your overall wellbeing.”

We can all use more of that, huh?

I hope you’ll check out my product at: Costume Design with Halloween Characters

There are several others I have created, too.  Here’s a new one:  Costume Design with Nutcracker Ballet Characters

Teachers are crazy for this one:

I’d love to hear how this works for you.  Do contact me at dhcbaldwin@gmail.com or DeborahBaldwin.net

I have several other lessons on costume design.  You can find them here:  Here’s a Lesson You’d Never Expect: Costume Design